Make It Your Business! is a new video series that offers brief, practical examples of how workers or other witnesses can recognize signs of family violence in public places and places of business and how to safely take action.

All videos were written and produced in Charlottetown. They are designed for workplace training and for educating the general public. Covering common kinds of violence you might witness – whether sexual assault at a parking meter, child abuse, abuse of older adults, online harassment, or an abusive public argument – this series will be a major contribution to workplace training and to public understanding of what we can all do to make preventing violence all of our business.

The first public screening of Make It Your Business! will take place on Thursday, February 15th  (storm date Thursday, February 22) at Florence Simmons Performance Hall at Holland College, 140 Weymouth St, Charlottetown at 5pm with a reception starting at 4:30pm.

Many other events are taking place around the Island during Family Violence Prevention Week (February 11-17), see the schedule at http://www.stopfamilyviolence.pe.ca/2018schedule

Events and educational activities will be held throughout February in libraries, schools, museums and establishments. This year the provincial government is partnering with the Black Cultural Society to host some of these activities, which will be listed on PEI’s government web page : https://www.princeedwardisland.ca/en/event/black-history-month ; See also the Facebook page for the Black Cultural Society of PEI – https://www.facebook.com/groups/1105833599457520/ 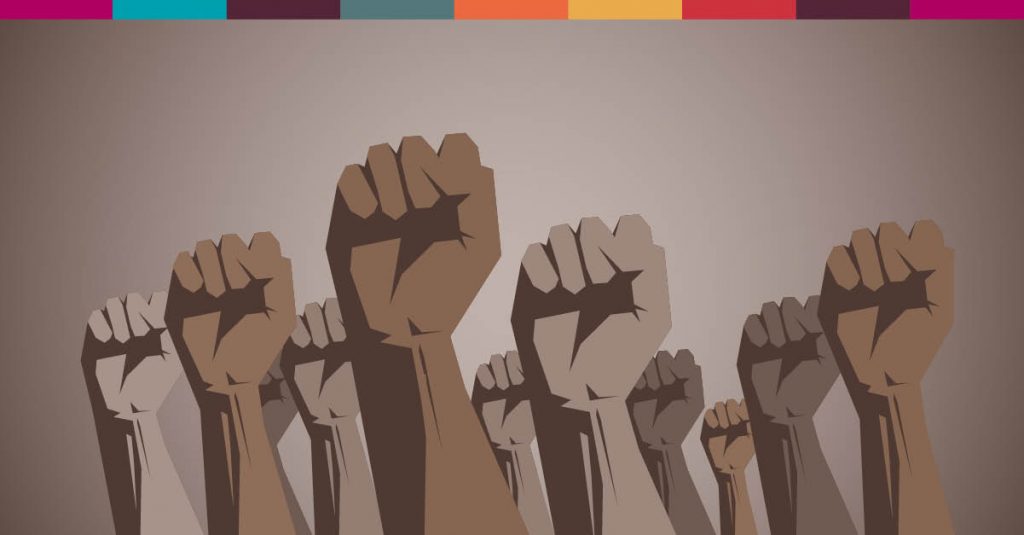 Every February, CUPE celebrates Black History Month (also known as African Heritage month) when we pause to reflect on the efforts of the many union activists and community organizers of African descent who lead the fight for inclusive communities and workplaces.

This fight happens every day, as CUPE members bargain for more inclusive and equity-based language in our collective agreements, challenge racism in our governments, workplaces, schools and our communities, and contribute to on-the-ground organizing and mobilizing.

We are grateful to all those who are working to build a non-racist world in our unions, workplaces and communities. Canadian society has seen a lot of progress over the decades, but the realities of differential treatment towards African Canadians continue.

At the global level, the United Nations Working Group of Experts on People of African Descent is educating people on the history of enslavement, discrimination, bigotry and criminalization. We can all learn from this history as we deal with systemic barriers that continue to confront Black people. The UN General Assembly has proclaimed 2015-2024 the International Decade for People of African Descent to promote and protect their human rights.

At our 2017 National Convention, CUPE delegates passed a Strategic Directions document that commits our union to fight racism and hatred in all its forms and to empower our members to speak and act against discrimination. Delegates also adopted a resolution to pressure governments to eliminate racial profiling, and to publicly oppose any legislation that promotes and supports it. Racial profiling is an invasion of privacy and a form of discrimination, which violates Canadian human rights law.

As a labour union, we are committed to negotiating and enforcing collective agreements that do not tolerate discrimination. We continue to fight against racial harassment in the workplace and work with our allies to pressure governments to adopt employment equity legislation.

CUPE encourages members to celebrate Black History Month and to keep fighting anti-Black racism in their locals, workplaces, schools and communities. Here are some ideas:

Stay tuned for CUPE’s new ‘bargaining employment equity’ guide, which will be part of our bargaining equality resource collection.

The 55 unions represented on the Canadian Council of the Canadian Labour Congress (CLC) recognize without exception that when one of our affiliates is attacked, our movement is attacked.

Therefore, the CLC condemns, in the strongest possible terms, the decision and actions of the Unifor leadership to disaffiliate from the CLC and raid the members of UNITE HERE! Local 75 in the Greater Toronto Area. Raiding a union is a deplorable act that is irreconcilable with the principles of solidarity on which our movement was founded. The actions of Unifor are made worse when they defend their raiding activities with nationalist justifications and wholesale attacks on international unions.

Our Congress is made up of national, international and provincial unions from both the private and public sectors. The solidarity between these unions is where our movement derives its strength and integrity. The contribution to building our movement and defending workers’ rights and human rights in Canada by our international affiliates cannot be discounted, disrespected, or dishonoured. The CLC will continue to value and defend all of our members from attacks on their unions regardless of whether they are provincial, national, or international.

It is this solidarity that has led to the enhancement of labour laws, expansion of the Canada Pension Plan, the comprehensive ban on asbestos, the creation of a Just Transition task force, the increase of the minimum wage in a number of jurisdictions, and the gains on leave for survivors of domestic violence, to name only a few.

The unions of the Canadian Labour Congress pledge to:

The Canadian Labour Congress represents over 3 million workers and brings together Canada’s national, international, and provincial unions along with the provincial and territorial federations of labour and 107 district labour councils, whose members work in virtually all sectors of the Canadian economy, in all occupations, in all parts of Canada.

CUPE PEI wishes happy holidays and a merry Christmas to all Islanders. We thank our members and all workers who strive to make our province a better place for everyone.

The Bill, which got unanimous support of the legislature, provides added support to workers suffering from post-traumatic stress disorder. “We now have a similar law as Manitoba’s, which recognized PTSD coverage for all, not just for first responders, nurses or corrections officers,” said Jason Woodbury, President of CUPE Local 3324 and Miscouche’s Fire Chief.

The legislation provides presumptive coverage to workers when they apply for compensation. In order to deny a claim, the burden of proof will be on the Workers’ Compensation Board to demonstrate that coverage is not required.

“Over the last four years, we have lobbied all sides of the House for this legislation. This was also a personal mission to achieve this for all PEI workers. I am proud we finally have this victory,” said Woodbury.

During the third reading, workers, paramedics and other union members filled the gallery. Jason Woodbury himself was present on the legislature’s floor next to Jamie Fox, the MLA who had proposed the Bill.

“Workplace mental health issues have too often been snubbed by employers, governments and even workers themselves. This helps recognize the issues and I hope other provinces will follow PEI’s example,” concluded Woodbury.

Domestic violence reaches into the workplace, with serious consequences. Domestic violence is any form of violence – physical, sexual, emotional, or psychological abuse, including financial control, stalking and harassment – between intimate partners.

Read moreDomestic violence and the workplace: A bargaining guide