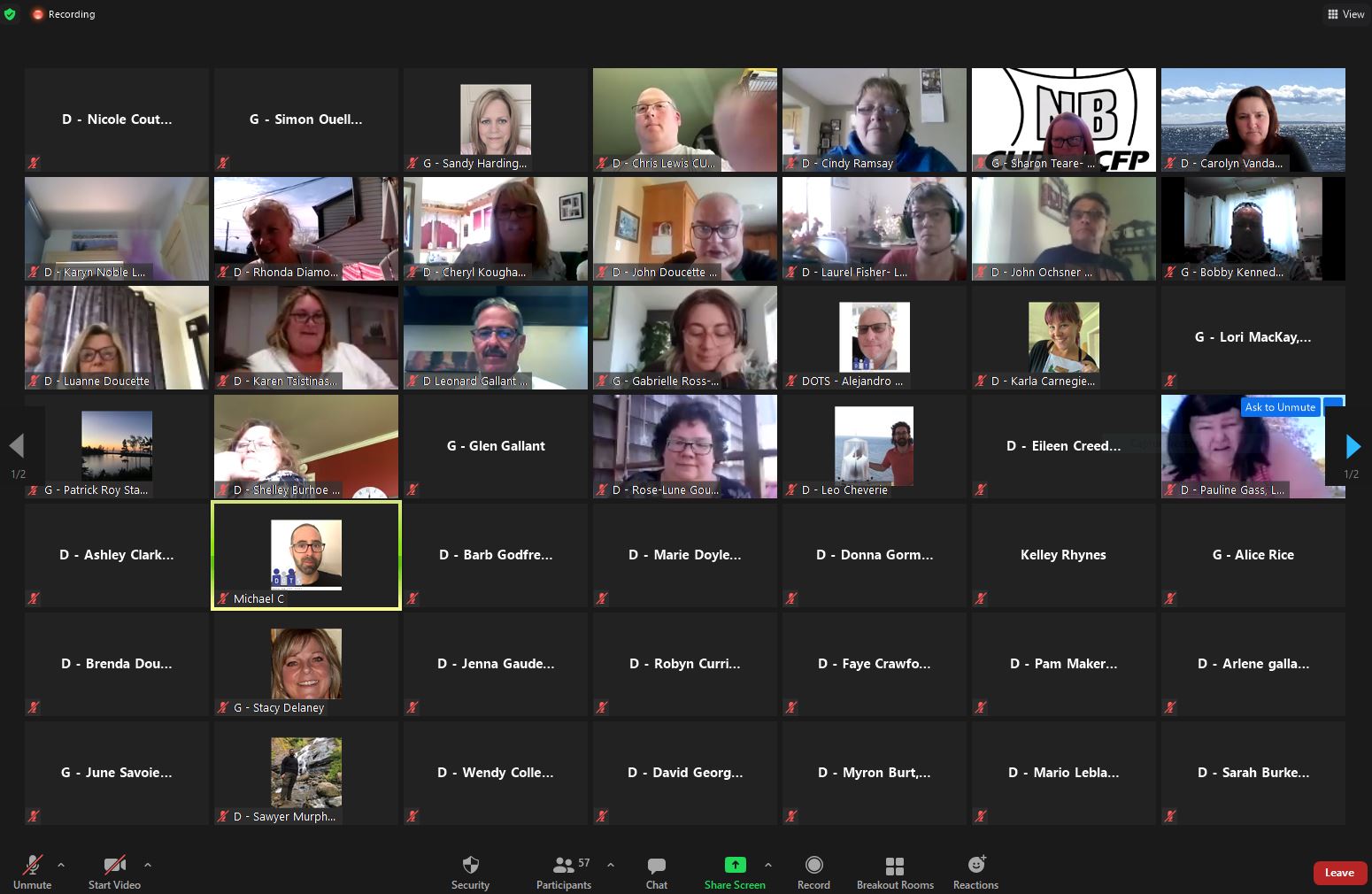 More than 100 guests, observers and delegates representing CUPE locals from across the province, participated in the Virtual AGM, which began Thursday night.

Friday, many strong resolutions were passed, such as the following :

The convention delegates also reiterated the Division’s commitment to push for a Universal National Pharmacare program.

Following resolutions, CUPE National President Mark Hancock and National Secretary Treasurer (NSTO) Charles Fleury delivered speeches. Both reminding us all just how much the pandemic showed cracks in our social safety net and the need to improve public services for all Islanders.

At this year’s convention, the union donated over $11,400.00 for the Easter Seals, a not-for-profit organization, working in partnership with persons with disabilities.

After Regional Director Sandy Harding addressed the convention, elections were held and the positions were filled:

Leonard Gallant was re-elected for a 2-year term as provincial president of the PEI Division of the Canadian Union of Public Employees.

“The past year was not easy, but we continued doing our best for our members despite the challenges,” said Leonard Gallant. I thank all the outgoing leaders, like Brother Jason Woodbury and so many others. Your dedication does not go unnoticed. To all delegates, thank you for giving me the opportunity to continue the work we began two years ago,” he added.