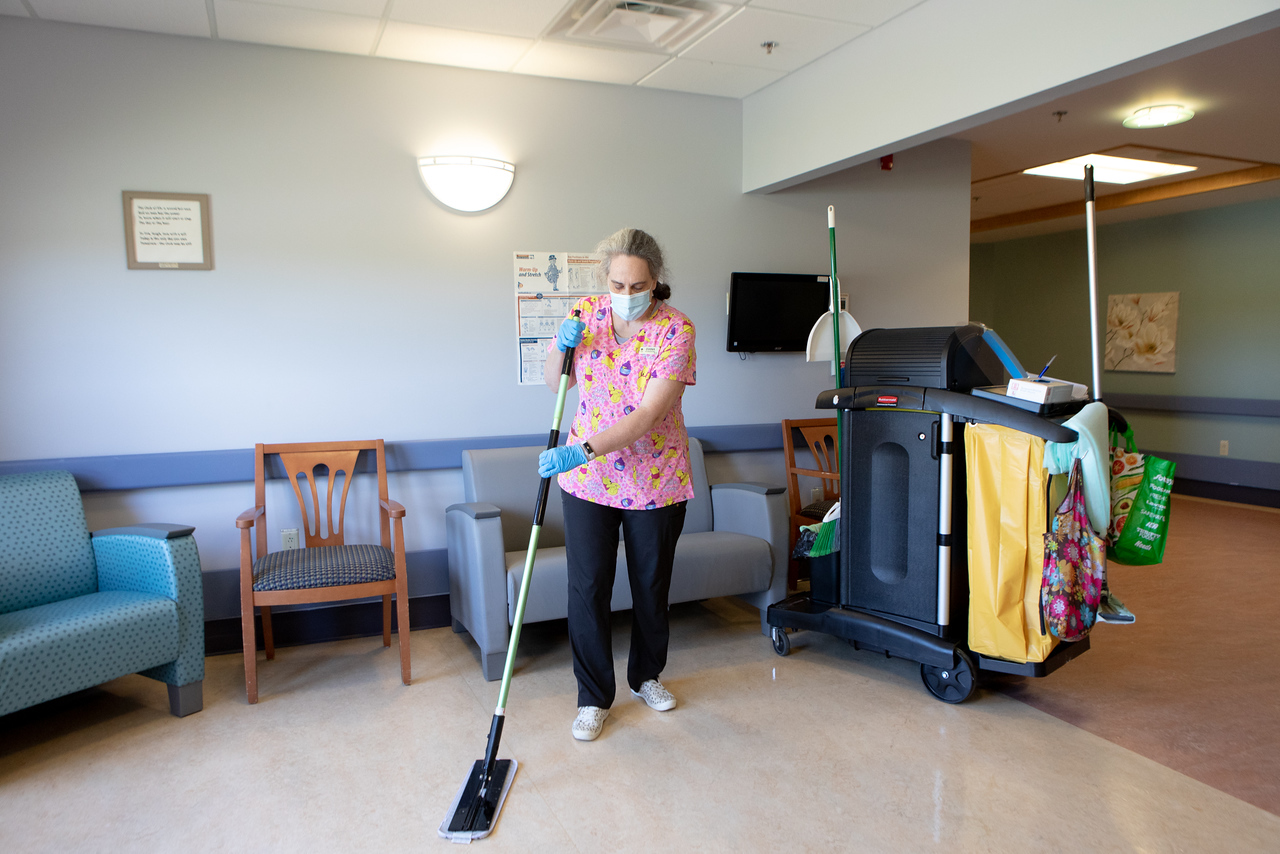 More than 1 500 healthcare and long-term care workers are angry at being left out of a new staff retention incentive plan crafted by the Dennis King Government. On Monday, Premier King and the Health and Wellness Minister Ernie Hudson announced an $8 million “Retention Initiative” in exchange for a one-year return in service agreement from healthcare staff.

“It’s outrageous that more than 1 300 of us in healthcare, the lower-paid staff doing essential work such as laundry, cooking, sterilization, custodial tasks, maintenance and many more, were specifically excluded from the announcement,” said Chris Lewis, President of PEI Health Council.

“Our members have been running on fumes, doing double duty, running short, working longer hours, and having vacations denied when requested. We are frustrated King has chosen to play favourites when there is a real retention crisis in our sectors too,” said Leonard Gallant, President of Local 1779 and President of CUPE PEI. “King talks about ‘stabilizing the workforce’ but forgets that without a team approach, his strategy is flawed. Surgeries, for example, cannot happen if there is no one to clean operating rooms and sterilize equipment!” said Robyn Currie, president of Local 1051.

The same workers excluded from this recent initiative also were unjustly overlooked from provincial COVID-19 support measures. “There is a pattern emerging, where this government keeps on disenfranchising whole groups of workers by ignoring them completely,” said Rhonda Diamond, President of CUPE Local 805.

It is time the government recognized inflation is hurting the lower-paid workers the most, may they be in the public or the private sector like us nursing home workers. “When rent, bread, and gas prices go up, it hurts us disproportionately,” said Donna Gormley, President of CUPE Local 2523 and Local 5331, who were excluded from the Retention Initiative. Those Locals are comprised of over 200 members working in private long-term care facilities.

CUPE Locals are demanding government broadened and improved its Retention Initiative, to ensure no care workers are left behind. “Let’s be clear: each bargaining team should have been included in the conversation from day one. The Premier must fix this now,” concluded Leonard Gallant.